New Items of the Aberration 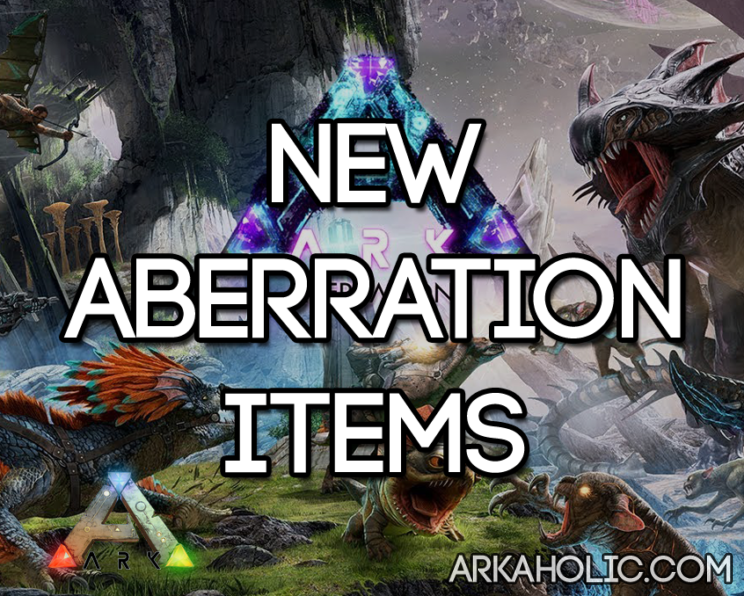 The release of the ARK Survival Aberration expansion has brought many new changes to the game including some new items.  Here I’ll go through all of the new items added with the Aberration and give a brief description of what they do.

Aberrant Helmet – The Aberrant Helmet is a simple skin that can be applied to any piece of head gear that will change its appearance. The spawn code for private servers for this item Is

Aggeravic Mushroom – This mushroom is a special item that can only be found on the Aberration. When consumed, it heals .05 percent of your total health over time. It also provides immunity to any biome poisons.

Alpha Basilisk Fang – This item can be found by killing Alpha Basilisk. It is used to summon the boss of the Aberration.

Aquatic Mushroom – Another exclusive mushroom to the Aberration, this item is used to tame certain creatures. It also provides immunity to poisons and regenerates water when consumed.

Blue Gem – The Blue Gem is found all throughout the Aberration. It is used to craft many items, like the Hazard Suit, as well as Pliers and other cool new items.

Charge Battery – The Charge Battery is a new item that can only be made in the Aberration. It is filled with Charge Light and can be used as a source of electricity for items that require one like a Refrigerator or an Air Conditioner.

Climbing Pick – The Climbing Pick is a new tool that has been introduced with this expansion. It can be used to climb up vertical walls and rock faces.

Congealed Gas Ball – This new item is a ball of gas that can be used to craft many items, like charge batteries, and hazard items.

Glider Suit – The Glider Suit is a new outfit of the Aberration. It can be attached to any piece of armor that allows you to glide short distances when jump from a high platform. You use it by holding the shift key on the keyboard.

Glow Stick – The Glow Stick is a new item that was introduced in the Aberration. It is used as a mobile light source. You can hold the right click on your mouse to permanently attach it to yourself.

Hazard Suit – The Hazard Suit is a late game item that was introduced on the Aberration. It protects the user from any radiation on the map. It provides 65 armor, 10 cold protection, and 60 heat protection.

Hazard Suit Boots – Part of the Hazard Set, the boots provide you with 65 armor, 10 cold protection, and 60 heat protection.

Hazard Suit Gloves – Another piece of the Hazard Set, the Gloves will provide you with 65 armor, 10 cold protection, and 60 heat protection.

Hazard Suit Hat – The Hat is another piece of the set, which provides you with 65 armor, 10 cold protection, and 60 heat protection.

Hazard Suit Pants – The Pants are another part of the set, and when equipped, provide you with 65 armor, 10 cold protection, and 60 heat protection.

Hazard Suit Shirt – The Shirt is another part of the Hazard Set, which provides you with 65 armor, 10 cold protection, and 60 heat protection. It is worth noting that you must have the complete set equipped in order to have permanent resistance to all radiation.

Large Wood Elevator Platform – Another new piece of equipment exclusive to the Aberration are elevators. The platform can be attached to the Elevator Track, which can lift all creatures that are placed onto it. Note that there are also medium elevator platforms, as well as small ones. 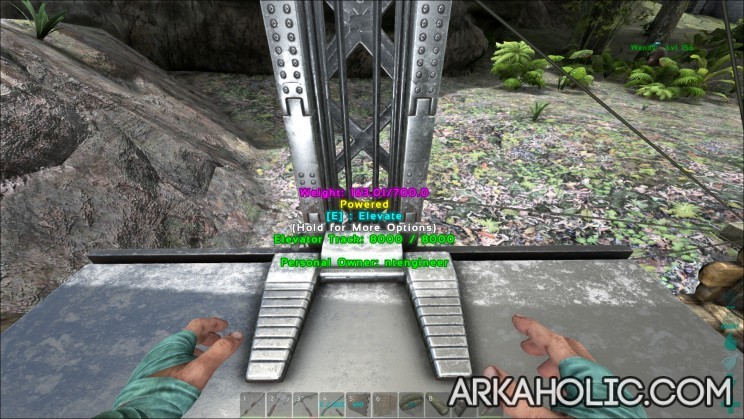 Metal Cliff Platform – This structure is new to the Aberration, and can be placed on vertical walls, so that you can build a base on a vertical wall.

Plant Species Z – A new type of Plant Species, the plant species z will provide you with a hand grenade, in the form of a fruit. When it is thrown at someone, it will not deal damage when it explodes, but it will blind everyone in its blast vicinity.

Pliers – Pliers are a new tool to the Aberration and can be used to repair any broken items that you encounter. It will be a lot more efficient to use Pliers rather than a Smithy to repair your broken items.

Shag Rug – The Shag Rug is a new cosmetic item introduced on the Aberration. It is used to cover an area of the ground, but is different than a normal rug because when it is placed, you can use a paintbrush on it to draw whatever image you want onto it. You can also import your own images onto it, in order to give your base a bit of decoration.

Tek Railgun – The Tek Railgun is a new weapon that was introduced in the Aberration. It is an upgraded version of the Fabricated Sniper Rifle, and is part of the old tier of items, the Tek Set. If you have a private server, you can spawn one with the following command : 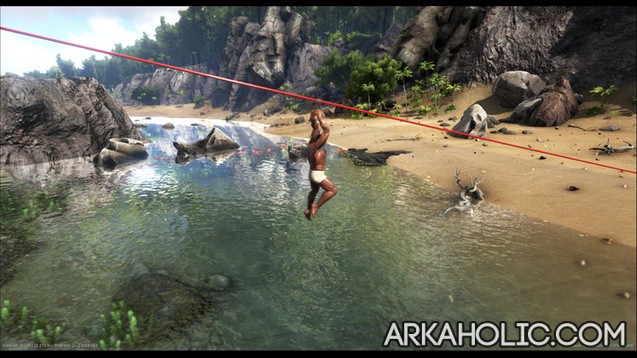