Welcome, ARKaholics, to the second iteration of the ARKDaily Broadcast! Today, Thursday, May 14, is an off day for their Monday/Wednesday/Friday release schedule, so, to our knowledge, there is not going to be anything new to cover coming from Studio Wildcard. That being said, there is still going to be some new information coming out on site later today.

It’s been hinted that we could expect something from ARK later in the day but it is unconfirmed, this little “something” might be related to featuring some of the ARK community. We will be keeping a close eye out for this, but remember it is not confirmed.

When we were given the press kit, included was a zip with Photoshop documents of all the dino dossiers released up to that point. Being the digital sleuths we are, we completely accidentally stumbled onto some alternate, unreleased versions of the dossiers hidden in the layers. We will be putting those together and releasing those today, so keep an eye out.

In case you missed our article last evening, we covered the first ARK Digest which is is a weekly update from the ARK team that announces new features, answers three questions provided by the community in detail, and new dino dossiers! You can catch up on what you missed out on here! Here’s a sneak peak! 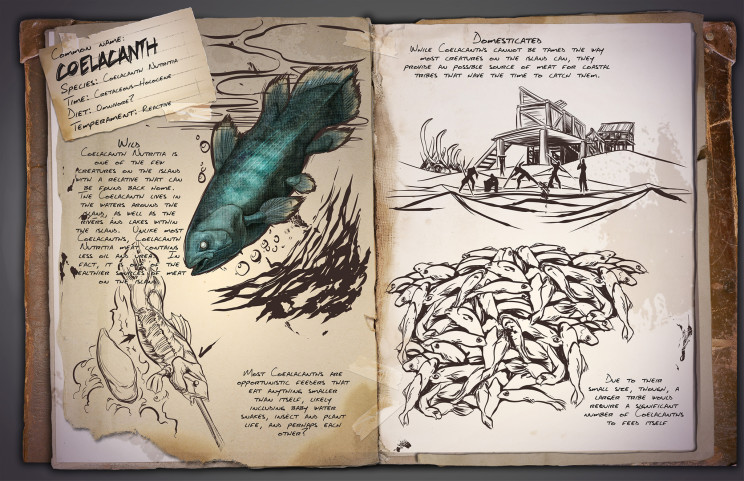 For any newcomers reading this, welcome! The ARKDaily Broadcast is our daily news segment summarising all the news surrounding ARK: Survival Evolved. If you like reading these, be sure to check back every day to see the new edition. If you missed yesterday’s ADB, you can look back at it [here] and catch up on everything that happened yesterday.