As we said in our ARKDaily Broadcast earlier, we have found several alternate versions of the Dino Dossiers in the presskit that was supplied to us. Here, I’m going to post them. First, the Brontosaurus original Dossier: 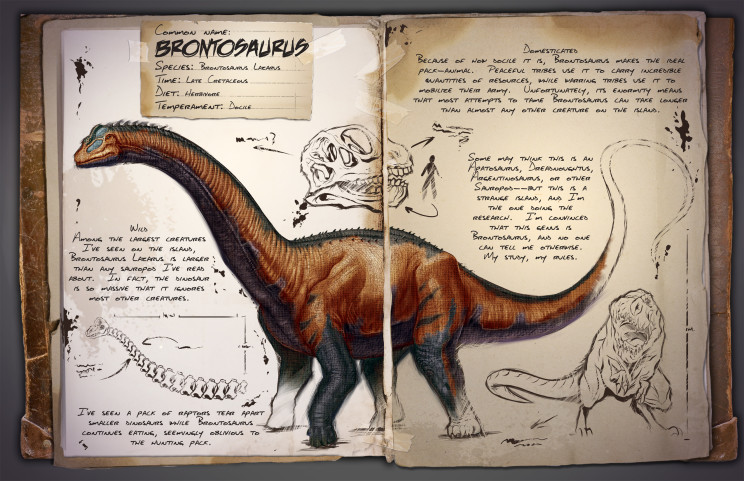 And here is the alternate version: 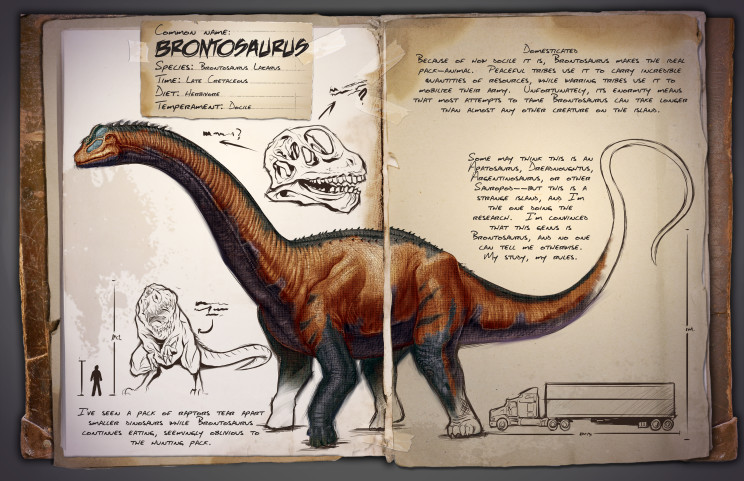 None of the text changed, however we now see the scale of the Brontosaurus as compared to a human and an 18-wheeler. This not only provides more information on the scale (in case you didn’t know, it’s huge), but on the backstory before the game. Clearly, since, in the lore, this is a book being written by survivors in ARK, they know what an 18-wheeler is well enough to be able to draw one from memory, and at a proper scale, indicating they saw it as adults (since children tend to remember things as being bigger than they actually are) and often (unless the writer has a photographic memory or something).

Next is the Stegosaurus original: 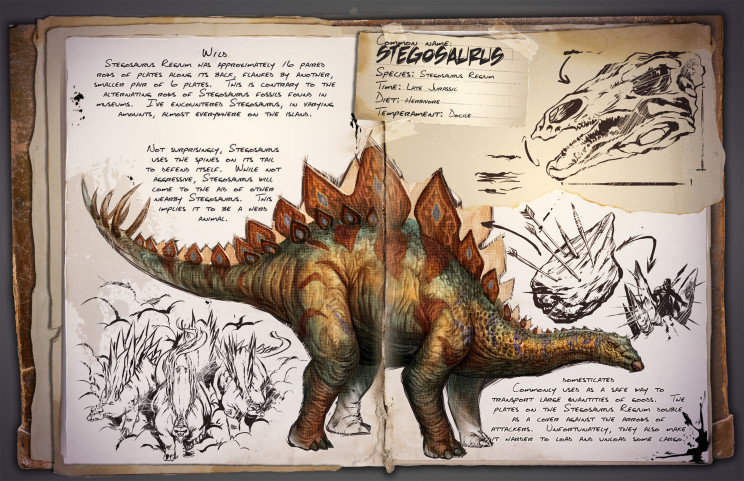 And now the alternate version 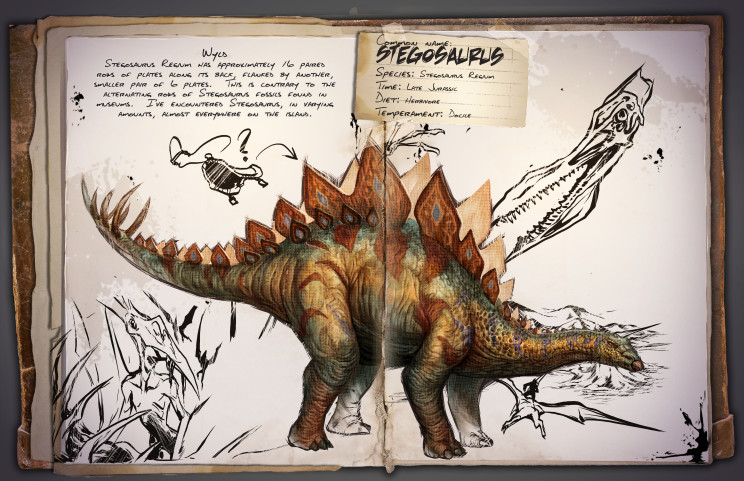 The text changed slightly, with the heading reading “Wyld” instead of “Wild.” More interestingly, however, is that the alt has little to do with the Stegosaurus and more to do with the Pterodactyl. If you clean up the foreground, you get this: 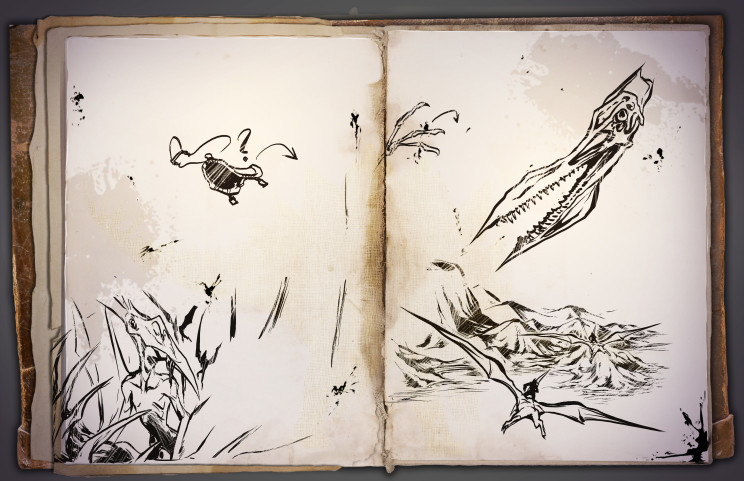 There is no clear indication of how these drawing relate to the Stegosaurus, or even if they do at all. Perhaps they’re intended for an upcoming dossier (tommorow’s?) on the Pterodactyl.

Those are the only interesting alternations the PSDs contained. What do you guys think? Does this change any of your theories about the lore, and do you think tomorrow’s dossier will be a Pterodactyl? Let us know in the comments or on the forum.