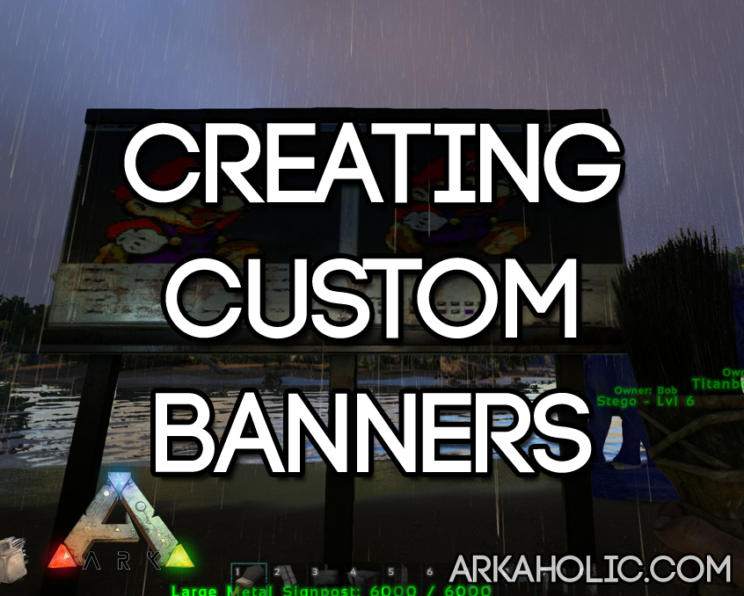 ARK has added into the game the ability to make signs and billboards in the game. Well, the ARK community has gotten together and figured out a way to add your own images onto these signs, so that you can have your own clan logos and other cool customizations within the game itself.

If you ask me, this should have been a feature that was put into the game with the release of this billboard item into the game. It is really awesome to be able to have your own clan logo and claim your territory with your signs. Regardless, the ability to put your own custom signs into the game is here, and it is super simple! 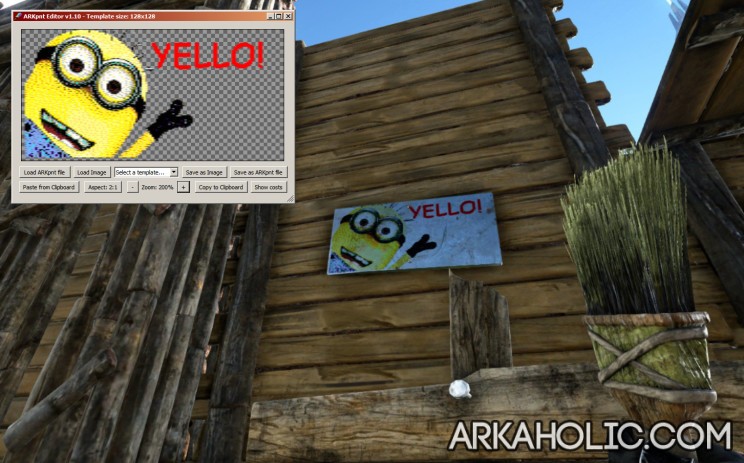 I suggest putting the picture into an editing tool like Photoshop so that way you can edit down the image to something suitable to fit onto the sign. Keep in mind that when you are making your picture, it will appear on the billboard in the game, which is made of wood, so the picture will be a bit darker than how it looks before putting it onto the billboard.

Once you have your picture downloaded onto your desktop, you will want to find the ARK file in your Steam download. The file path will resemble something like this: Steam/steamapps/common/ARK/

Once you have that file found, you will want to make a new folder called something like My Pictures. This will allow you to have your pictures stored inside of the game and make them accessible when you are actually in game. Now that you have this folder, simply drag that picture from your desktop into this folder and you are all set!

Now, whenever you go into game and create a billboard, sign, or flag, you will see the option to “Load Paints From This Type”. Once you click that option, another window will open which will give you a list of pictures that you have in your game folders. If you did it correctly, your picture that you put into the folder will appear in this new window! You simply select the picture that you want, and the picture will be applied to whatever you are using it on!